On the evening of 12th October at the Royal Geographic Society in Kensington,London a remarkable fundraising event will be taking place called 'Explorers Against Extinction'.
The idea behind the evening is to raise funds for charities actively involved in the welfare and conservation of iconic African species and is organised by The Real Africa Trust.
Renowned explorers Sir Ranulph Fiennes and Colonel John Blashford-snell will be amongst many other young explorers and adventurers giving talks throughout the evening alongside representatives of the charities involved who will also be talking about there work in Africa.
Every 15 minutes an African elephant is killed for its ivory and so in acknowledgement of this fact artists,celebrities and public figures were asked to donate a 15 minute sketch to the 'Sketch for Survival' auction to be held online and culminating on the evening to raise valuable funds for the charitable organisations.
Several artists like myself who have been fortunate enough to visit africa and see these magnificent animals in the wild have also donated original finished artworks to be auctioned alongside the sketches.My offering is an original framed pencil drawing 'Ray of Hope' depicting a mother black rhino and calf and I am delighted that during the evening this drawing and two other lots are to be auctioned live at the society by Sothebys deputy director Tom Eddison.
Tickets for the evening are still available and for these and full information on the event please visit www.explorersagainstextinction.co.uk 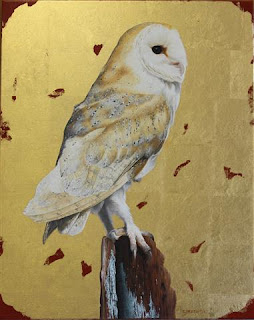 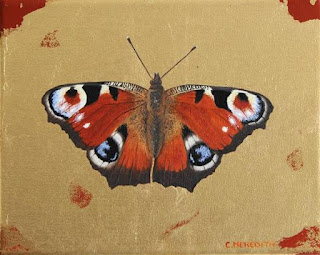 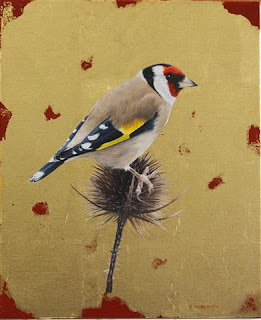 Here are three new images from my studio,two of which will be among 30 new works on display in my exhibition at Framemakers Gallery in Cirencester,UK.
The exhibition runs from 14th October until 28th October and I will be in the gallery to greet guests on Saturday 14th October between 1-4pm.
If you would like to attend the 'meet the artist' event on 14th then please email cirencester@framemakersgalleries.onmicrosoft.com   to be added to the guestlist.
Posted by Unknown at 17:51 1 comment: 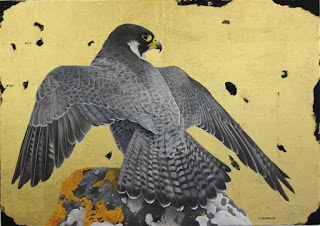 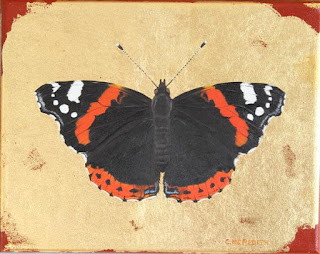 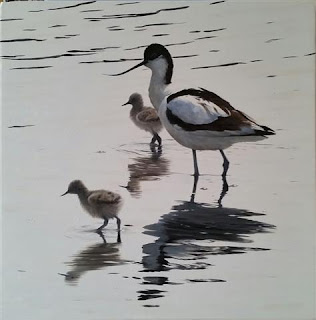 These are my three latest paintings,all of which are destined to be previewed at my Solo exhibition which starts on 14th October at Framemakers Gallery in Cirencester,UK
Posted by Unknown at 23:03 3 comments: 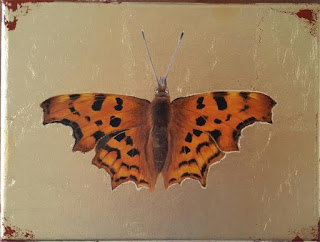 Whilst I was away at the EWA exhibition last weekend I was demonstrating my artwork alongside my stand.I looked for a small subject to work on as I wanted visitors to be able to see progress during there visit and so I decided to try and paint a butterfly.Ive never painted one before so it was a learning exercise and having photographed a Comma butterfly in my garden last month I thought it would make the ideal small-scale subject.I prepared a small canvas 6" x 8" and applied 24 carat gold leaf,leaving some distressed areas and then painted the butterfly whilst working on my artstand.
I'm pleased with the resulting image which had some very favourable remarks from visitors and will frame it in a small float frame and hang at my next exhibition. 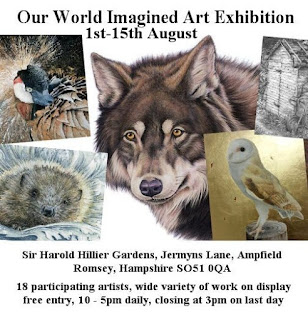 I am taking part in this mixed exhibition featuring the work of 18 artists at the Sir Harold Hillier gardens near Romsey in Hampshire until the 15th august.

﻿
I will be taking part in this amazing exhibition of wildlife art along with 68 other artists.I will have a stand displaying a range of original artworks including works in pencil,oil and gold leaf.There will also be a limited number of prints available to purchase.It promises to be a fantastic event so I hope lots of you will come along and watch demos by exhibiting artists and view the stunning work on display.Even if you cant make it to the show all the entries can be seen and purchased online at the events website www.ewa-uk.com 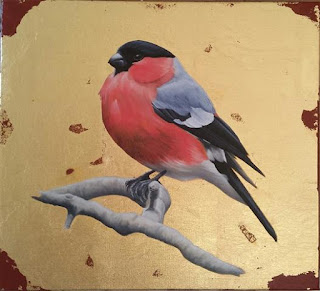 A new little companion piece to my goldfinch painting completed this morning.Ive enjoyed creating these little garden bird studies on gold but next its time for something new....