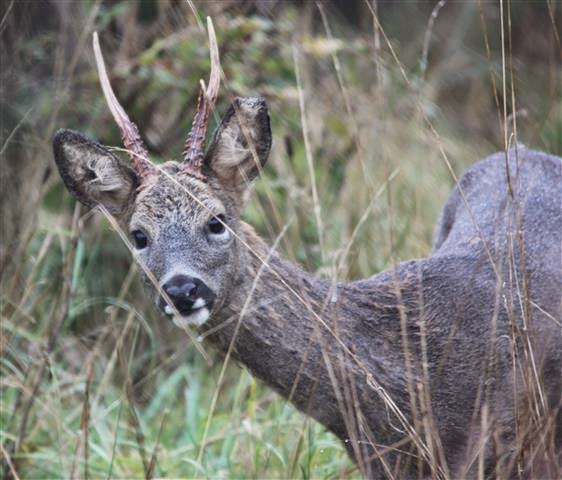 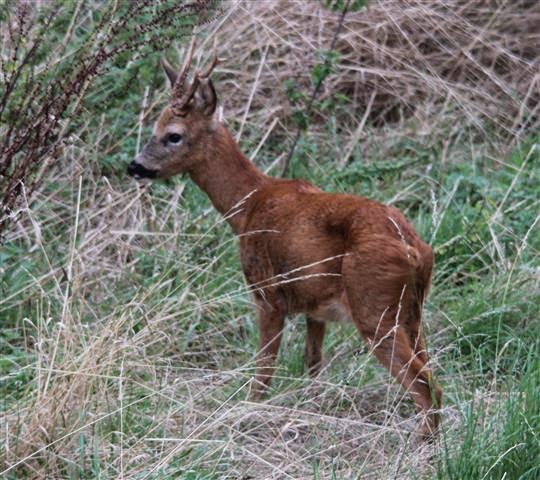 I spotted a familiar face in the field outside my studio today.Grabbing my camera I took a few shots of this lovely Roebuck until after a while he worked out where I was after hearing my camera shutter.we played peek-a-boo in the rain for a while until I decided it was time to leave him to carry on munching in the field before I spooked him.He is the same Roebuck that I photographed behind my studio in late august but as you can see he has now adopted his autumn/winter grey livery as opposed to the chestnut colour of summer.glad to see him alive and well still,they tend not to live long when so close to the urban environment and this one already bears a few scars on his hindquarters as well as a limp probably caused by being clipped by a vehicle whilst running the gauntlet of the main roads around here.funnily enough I thought I must have some roe deer about the garden as all the flowers had been neatly cropped a few nights ago,nevermind,its a small price to pay to have such a beautiful creature nearby.
Posted by Unknown at 16:36