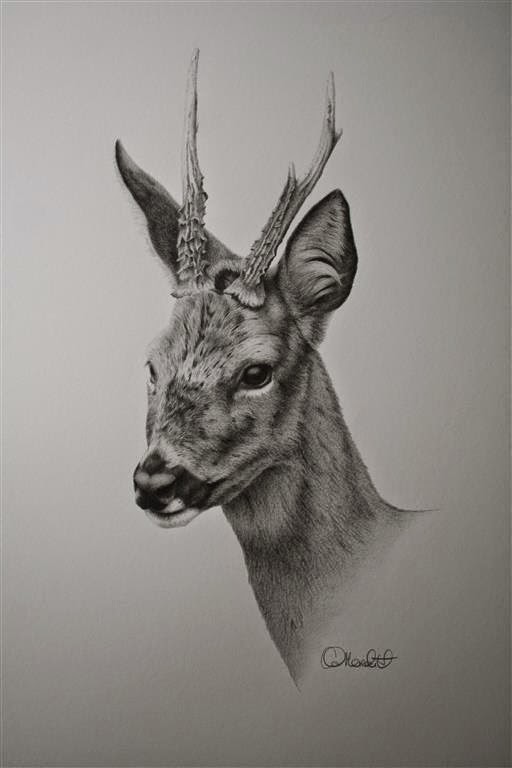 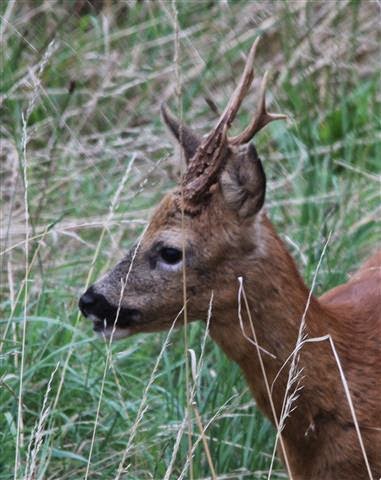 Completed my pencil drawing of the wonderful Roebuck who visited my garden a month or so ago.Over the years ive been asked on many occasions if ive drawn a Roebuck portrait or whether I have a print of one and as with all my images I don't draw them until ive been lucky enough to see one,preferably in its wild habitat and so I never had an image to offer clients.But when the Roebuck visited me at home I had my camera to hand and managed to get a few shots before the deer vanished as quickly as it had appeared,one of which ive posted above.And so at last ive been able to produce a drawing of a Roebuck which I hope in due course to be able to produce a limited edition print from.It is such a privilege to be able to get close to a wild animal,particularly one ive wanted to get a decent view of(rather than just a deer's bum disappearing rapidly in the opposite direction) and I'm so pleased that I managed to grab enough reference to produce a nice image.
Posted by Unknown at 11:51